Did you miss the Web Summit? No problem! Since tech was in the air, you can bet that Productsup was there. Here's our Web Summit 2017 Recap:

This year, with almost 60,000 attendees from more than 170 countries, Web Summit proved to be the largest tech conference on the planet. The event took place in Lisbon, Portugal from November 6th - 9th, 2017. It consisted of 1,200+ expert speakers, touching on topics ranging from artificial intelligence (AI) and immersive computing to organizational cultures, customer care, and the climate crisis. 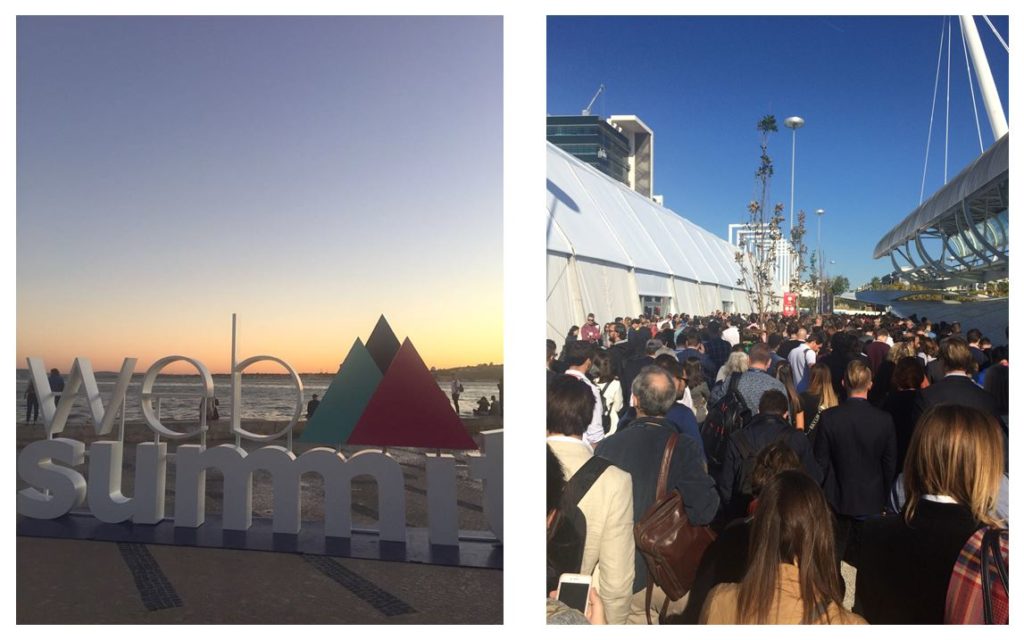 Consisting of 25 sub-conferences, the goal of Web Summit is to bring the technology community from all industries together to share, learn, predict, and educate about the past, present, and future of technology, and a world driven by it too. From Adtech to Fintech and Autotech, to Health tech and future societies, the options were endless. With so many grand speakers and topics, we were forced to be very selective. Since Productsup provides marketing software-as-a-service, we spent most out time somewhere between Panda Conf (a marketing conference), SaaS Monster and Content Makers, and of course, a few talks at Centre Stage.

While there were many keywords and concepts filling the room(s), we've tried to focus down on the key takeaways in this two-part blog series.

With that said, here are the four topics that governed the stages of the techsperts:

All eyes are on artificial intelligence (AI) 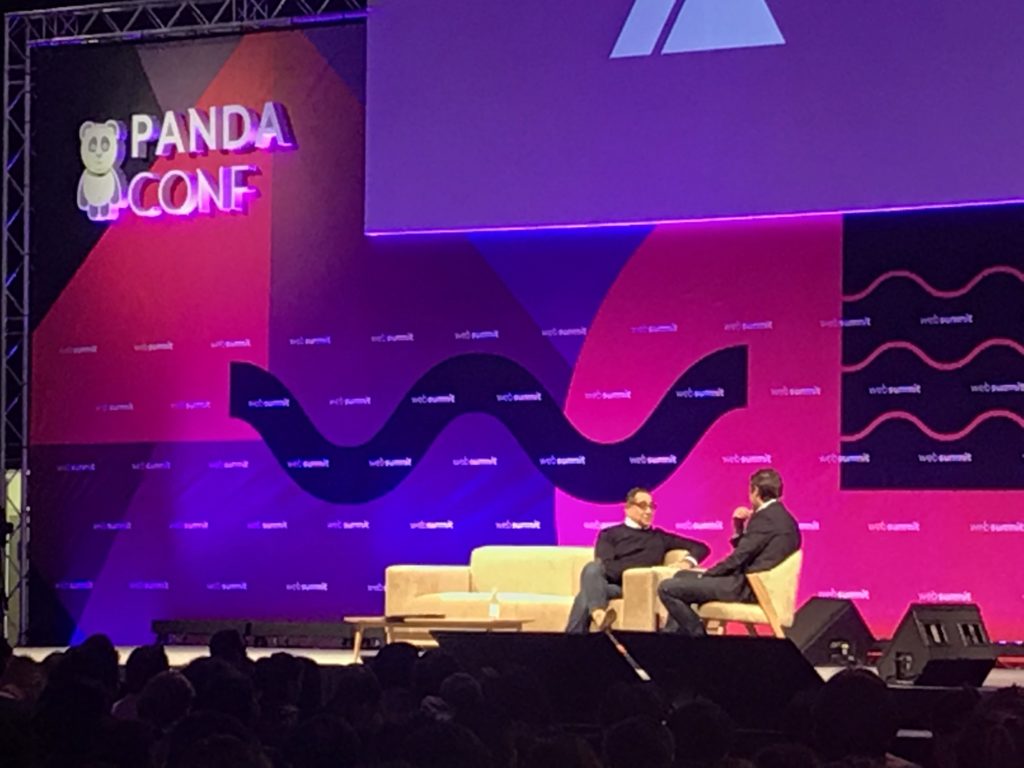 Michael Kassan, The evolution of advertising and marketing in 2018[/caption]

The hottest topic at Web Summit was, by a landslide, artificial intelligence (AI). If the term is new for you, perhaps it’s best to imagine a computer program capable of performing tasks that would normally require human intelligence (e.g. speech recognition, language translation, decision-making, etc.). While some companies are already using AI, it is a technology that most will start to adopt in the coming years. Not convinced?

Remember several years ago when companies weren’t quite sure about the impact social media would have on their marketing strategies? Well, according to the CEO of Medialink, Michael Kassan, the same thing will be said about AI in the near future. In fact, during his talk titled The evolution of Advertising and Marketing in 2018, he shared a question he’d been asked years prior, “do I really need to worry about social media?” His response? "Don't worry, embrace.” The same advice can and should be followed today, as AI continues to play a larger role in industries across the board.

So what should you watch out for as AI continues to grow? Kevin Bandy from Cisco Systems touched on the myths and the future of AI in his talk Designing AI into your Business.Here are the takeaways:

All in all, the broad insight is that AI is alive and well. Already being used by digital behemoths like Amazon (Alexa) and Booking.com (Booking Assistants), it is only a matter of time before AI becomes the new norm. But remember this: It is not human. It cannot (yet) master intricacies like the human brain can. So, start lightly, allow room for error, test often and carefully, and have customer service as a backup. 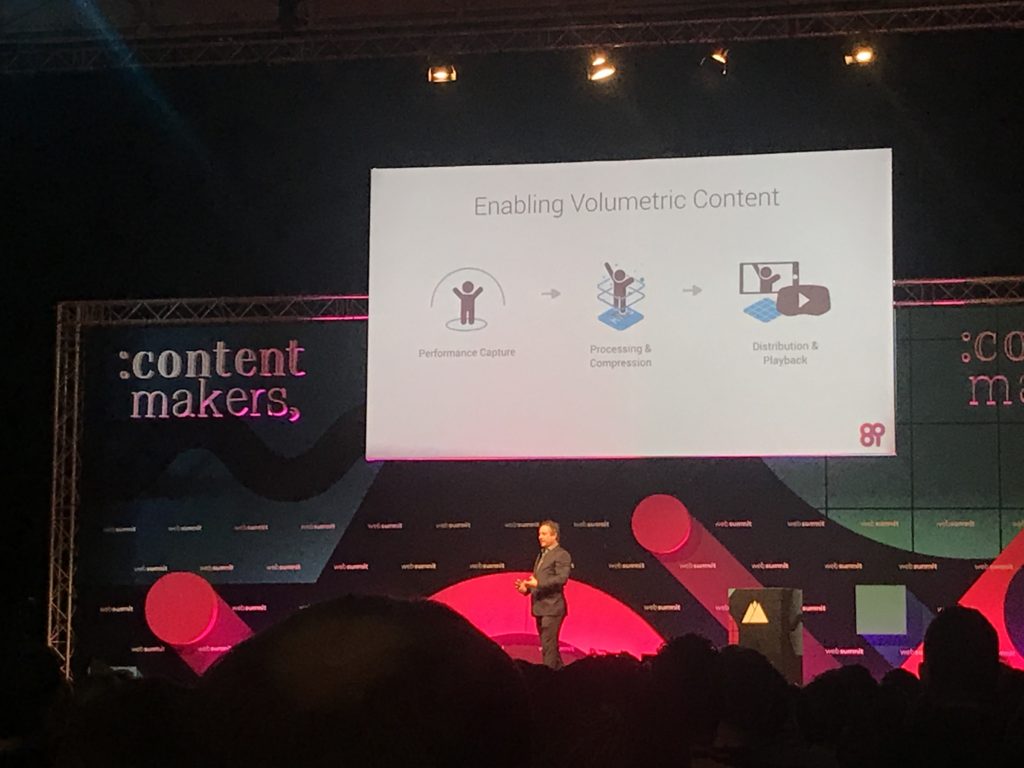 Ever heard the term volumetric video? Many hadn’t either until the CEO of 8i, Steve Raymond, took the stage with his talk Hello, Hologram: Human content in the age of AR/VR. Turns out, a volumetric video is a form of immersive computing that removes the flatness of content, essentially creating holograms. Cool, right? Turns out, holograms will likely soon replace both computer-generated people, which, let’s be honest, can appear a bit creepy, and avatars, which are cartoonish and unable to convey authentic human emotion. Here are a few hologram use cases:

Raymond also touched on the fact that the brain creates memories differently when in an immersive computing situation.What's more, hologram images can let you step back in time, sort of. Here's an image of a mother who stepped into her hologram where she could hold her now grown-up child as a baby again: 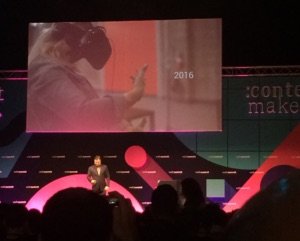 Freaky or fun? Keep your eyes peeled, we can expect to see even more use cases in the coming years. No time for that? For the enthusiasts out there, you can already try out 8i's app called holo.

Traditional marketing boundaries are breaking down and video is on the rise, and fast. This fact was reinforced by McKinsey & Co’s Thomas Meakin in the talk Video in 2018: Challenges & Opportunities. According to Meakin, the amount of time a user is online and the share that is spent watching videos is dramatically increasing. So much so that in 2016, 60% of the time a user was online, they were watching videos. 30% of that time took place on mobile.

Meakin also touched on how ad spend is evolving to cope with the change in consumer consumption. Here are his stats:

These stats show just how important video has become for online industries today. New technologies are disrupting traditional business models and ad spend must shift to match this. Towards the end of his talk, Meakin made a point in saying that videos don’t have to be limited to just selling your product, but they can also help monetize.

Voice is gaining popularity, and for good reason

Another hot topic during Web Summit 2017 was the use of voice in technology. Werner Vogels, the CTO of Amazon.com explained the reasoning behind voice and the functionalities of Amazon’s Alexa in his talk Amazon wants to talk to you. So what is the reason for voice? Well, in his words, it’s the most natural way of communication and has proven to work for hundreds of thousands of years, so why not? 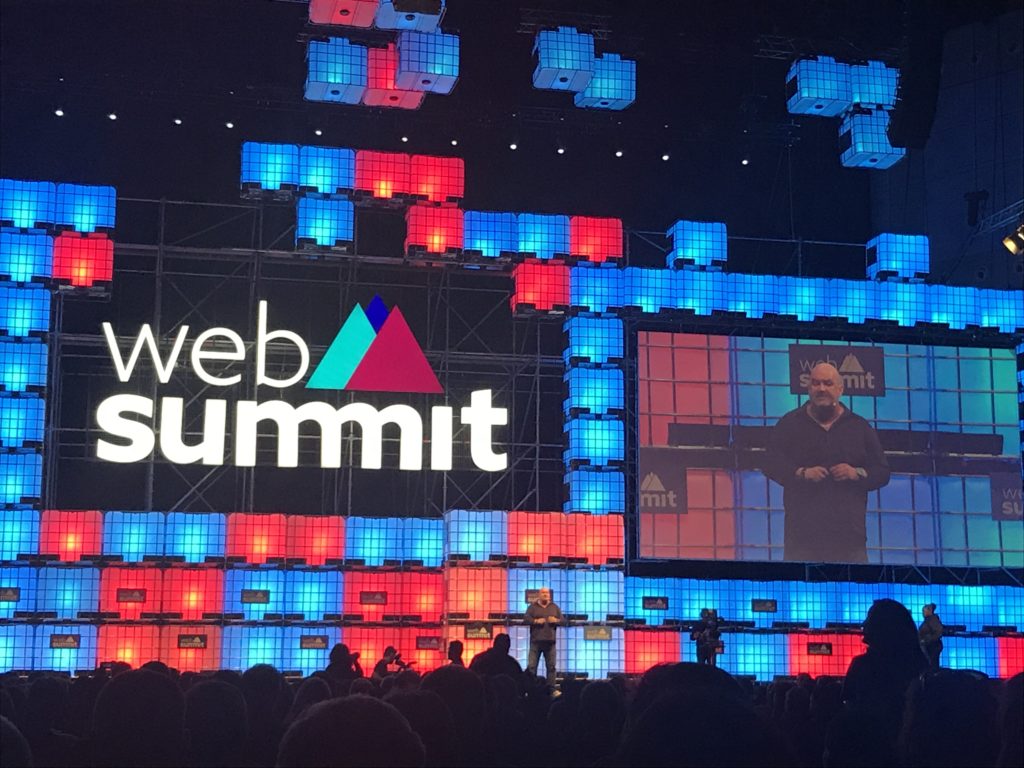 Vogels went into detail describing voice as a new standard that is capable of reaching the entire world, even those without technical skills or machines. In fact, he went one step further to suggest that all systems should start being built in a way that facilitates the use of voice technology. With 10% of searches taking place via voice today, it is only a matter of time before natural speech is reintroduced as the world’s main form of communication. Having said that, the notion of "conversational commerce" and voice search isn't all that new. We covered this and the effects it would have on ecommerce businesses in blog series 16 months ago.

Amazon’s Al Lindsay also spoke on the topic of voice in his talk On the brink of a voice-enabled world. He addressed voice as a solution for all generations, but for different reasons. For example, kids today are growing up talking to devices (like their fridge), as a result of being introduced to things like Alexa from an early age. Whereas, for the elderly, voice technology is easier to grasp than text, since it is the most natural way of communicating. While in some instances a visual interface will function better, Lindsay reinforced the idea that voice technology is definitely on the horizon.