What is Google Similar Audience for Search and Shopping? 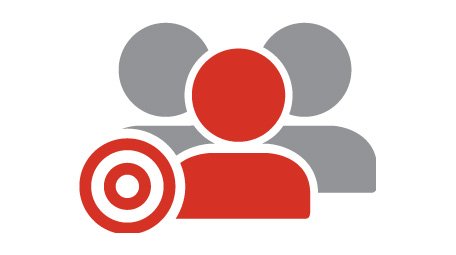 Google Similar Audience is a new feature in audience targeting that helps online retailers and advertisers to find and connect with new, relevant consumers. By expanding the audience reach to highly relevant people, it both streamlines and boosts your customer acquisition. It is available for both Google Shopping and Search campaigns.
Similar audience lists consist of people who have not visited your site, but share interests with people who have.
The idea is that shoppers with similar browsing behavior as your previous site visitors or customers are more likely to also be interested in your products. Ideally, you would expect them to in turn be equally interested in purchasing your product too.
As Google puts it:

“By adding similar audiences to your campaign or ad group targeting, you can show your ads to people whose search behavior is similar to those of your site visitors. These people are more likely to be potential customers.”

The Technical stuff - how does it work?

Similar audiences works in conjunction with remarketing lists for search ads (RLSA). Google constructs the lists from data and users contained in your RLSAs.
Essentially, AdWords works to process and understand aggregate behavior of the customers contained in an RLSA. Google will then work to track users exhibiting similar search and browsing behavior, such as those using related search queries, for example.
Google will establish if this browsing behavior indicates similar interests and characteristics as users in an RLSA. If so, Google will add them to a similar audience list.
Based on this information, Google can then target the similar audience with Google Shopping or Search ads.
Here’s a great example from Google of how it all works in practice:

“Say you've created a remarketing list of people who bought running shoes from your sporting goods site. Instead of helping you reach broad groups of people interested in "running," similar audiences will identify that people on this list tended to search for "triathlon training" and "buy lightweight running shoes" before coming to your site and making a purchase. Based on this, similar audiences will then find other people with similar search behavior, such as people who searched for 'buy lightweight running shoes”.

Since Google pulls the data required for similar audience lists from RLSAs, it’s essential to have these already setup. But, there are still some other qualifying criteria.
First off, an RLSA requires at least 1,000 cookies to be eligible. Google will then look at other factors, such as:

If there are insufficient data for any of these factors then similar audiences may not be possible. In that case, the list would appear as ‘unavailable’ in your shared library.

What kind of results is Similar Audience seeing?

First off, how is the format performing so far? In relation to standard marketing efforts towards new customers, the results are unsurprisingly an improvement. One campaign that beta tested the format saw an 11% increased in CTR and 22% more conversions in just two months.
So far, advertisers have noticed that impressions, click-through-rate (CTR) and return on investment (ROI) have been more favorable than standard remarketing, despite using higher bid amounts.
Reason being, Similar Audience users are much more relevant and likely to convert than a standard audience. Ultimately, this should lower the number of targets completing undesired actions in the conversion funnel. So, advertisers deemed it worthwhile to increase their advertising budget, safe in the knowledge this would lead to increased conversion.

What are the Benefits?

So, with all that in mind, how can similar audiences help your online store? Take a look at the benefits below.

Tips to optimize your Similar Audiences and boost results

Though there are many ways to optimize, you'll first want to make sure you have a solid foundation of comprehensive remarketing lists for search ads (RLSA). Ultimately, the performance of Similar Audience will come down to the size and quantity of RLSAs you have.

Google Similar Audience for Search and Shopping is a useful tool you can employ to maximize your Google Shopping campaign. Nevertheless, that's not all your Shopping campaign will rely on. The content in your ads is just as important - and this is pulled from the so-called online product feed you upload to the Google Merchant Center.