CustomersPartners
Book a demoLogin
← Back to blog

June 29, 2020
For most brands and retailers, this past quarter has been all about adapting and being flexible. There have been lots of efforts to help local businesses and brick-and-mortar in general. And at least one of our stories starts with a buzzword, so let’s kick off our review of Q2 2020 ecommerce news with a beloved retail buzzword: Froogle...

An initiative that is basically Froogle is back in the US. In order to compete with Amazon, Google needs to deliver an absolutely amazing experience to shoppers, right? Well that comes with having all the right products. This is probably why Google has decided that its Shopping tab will now consist primarily of free listings. This will, in the end, give the shopper the opportunity to find the products they really want and not just what a big advertiser wants them to see. Read more here.
Google is also trying to answer some pretty big commerce questions, like which products are trending right now, and where? The new Google “Rising Retail Categories” tool highlights the fastest-growing product searches in a format very reminiscent of Google Trends. Data is currently available for the US, UK, and Australia and is being updated daily. Read more here.
Google launched this year’s Shopping feed specification updates. The biggest news being two new optional attributes: product highlight and product detail. Read more here.
Google introduces a “confirm with voice match” feature into Google Assistant. Android Police confirmed this is a pilot/test phase with the goal of making purchases more secure. Search Engine Land suggested that Google’s vagueness indicates this is part of a larger, future-facing v-commerce initiative. Read more here.
Google provides $340 million in Google Ads advertising credits for some small and medium-sized businesses. SMBs who have spent with a Google Ads account in ten out of twelve months in 2019, as well as in early 2020 are eligible. Read more here.
Google has launched Keen, an apparent competitor to Pinterest. Each “keen” will include three sections: “gems,” “explore” and “searches.” While very new and with a very unclear future, this could be a solid placement for ads in the future. Read more here.
YouTube has added products to TrueView for Action ads. TrueView for Action video ads are a direct response video ad format and they increased massively in popularity in 2019. Now shoppers will have the option to click on the expansion button and view a selection of products below the video. Read more here. 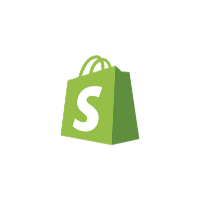 Shopify has launched a new mobile app simply called Shop--which is really an update of their existing app Arrive. As consumers are turning to native mobile apps, this app will give Shopify merchants another chance to get in front of shoppers. Interestingly, the app also includes a feature to search local merchants. Read more here.
Shopify merchants in the US and Canada can now quickly turn their catalogs into shoppable Pins on Pinterest. They have created a simple connection between the two platforms so merchants no longer have to deal with code. Read more here.
Walmart will be partnering with Shopify in order to expand its online marketplace, opening Walmart’s Marketplace to Shopify sellers and they expect to bring 1,200 Shopify sellers to the Walmart marketplace this year. Read more here.

Snapchat Dynamic ads have been in open beta in the US since last year. Now, they’re officially being rolled out around the world to new countries including France, Germany, the UAE, and a lot more. There are five ad templates already available, and Snap is giving advertisers a big tip: to drive clicks, make sure your ads fit in with the native videos on the platform.
Read more here.

Productsup has released a free tool for small and medium businesses to start selling and advertising on Facebook fast. The aptly named Retail Connector simplifies the process of connecting a POS to Facebook, so businesses who normally wouldn’t have the capacity to advertise on Facebook - who are likely the same ones particularly hurt by the current economic situation - can get their products in front of local audiences. This is particularly relevant for those looking to use Facebook Shops. Read more here.

Microsoft Advertising adds new reporting options, included in “Conversions” and view-through conversion. The former allows advertisers to select the conversion coals to be included in their conversion metrics. The latter helps highlight touchpoint, noting ad impressions related to users that convert at a later date. Read more here.
Microsoft Advertising adds support for multi-account Google imports. This will make it easier for advertisers to get their Google campaigns to Microsoft. It now also offers new cookie-based experiment features, allowing advertising to send ads to a user based on existing cookies—meaning the ads they’ve been shown before—rather than just their search query. Read more about multi-account imports.
Read more cookie-based experimenting..

Facebook offers an easy way for businesses to show temporary changes to services, for example online services, delivery, or pickup service changes. Read more here.
Facebook Shops have been launched to help SMBs and local businesses get online fast. The Shops act as digital storefronts where businesses can list products for free while still highlighting the images and accents that represent their brand. Read more here.

Get a round up of our latest posts right into your mail box.

How modern online businesses can succeed in recommerce

Thoughts on being a successful ecommerce CMO today