Key shopping days and ecommerce opportunities around the globe

Shoppers love a good deal. One study with RetailMeNot found that deals and discounts are the number one factor most likely to influence a purchase made online. Deals decrease cart abandonment and even drive shoppers to visit and purchase again. In short, deals make shoppers happy. Perhaps this is why so many shoppers participate year after year, holiday after holiday, in shopping days.
While Black Friday may be the most famous, there are dozens more shopping days around the globe. Many countries have even begun engineering their own Black Friday alternative. Importantly, even those shopping holidays that have been traditionally retail-focused are moving online. No matter where you sell or what kind of products you promote, there are several shopping days that all online retailers need to take advantage of. We’ll go through the most important ecommerce opportunities and online shopping days around the globe and what makes each one unique.

The Dubai Shopping Festival (DSF) is an annual month-long event that is scheduled in the first quarter of the year. For example, in 2019 it will run from December 26, 2018 until January 26, 2019.
This wildly popular retail event leads to an annual spike in travel and tourism as shoppers come to visit the large and luxurious Dubai malls. With many stores offering discounts of up to 90%, it’s no surprise that the DSF has grown in popularity year after year. Importantly, the commerce-based holiday has slowly begun to include online retailers as well. As more and more shoppers are purchasing via mobile or online, retailers are seeing a shift from foot traffic to webstore traffic. As a result, a growing number of major ecommerce portals are now offering discounts during the shopping month. Forward-thinking businesses with an audience in the UAE would be smart to hop on the DSF bandwagon now

This holiday falls near the end of January to beginning of February and lasts for several weeks. Most individuals will use this season to take off days or weeks to celebrate, leaving ample time to travel and shop.
To drive sales through this massive holiday season, online retailers must understand that Chinese New Year is not a typical online shopping day. In fact, the most popular gift given is the hongbao—a red envelope containing money. However, online shopping is becoming increasingly popular in addition to the regular holiday events. In fact, around 68 million U.S. dollars worth of online payments were made online during the 2017 season.

March 8th marks Women’s Day around the globe. For many, this is an opportunity to celebrate by shopping. With the rise of ecommerce platforms and the always-on shopper, Women’s Day celebrations now include numerous online retail and lucrative ecommerce opportunities.
This is particularly true in China. It’s important to note that Women’s Day sales are usually rebranded and given a new name. The popular B2C selling platform, Tmall, for example, went with the shopping-inspiring Queen Festival. Other labels have included Butterfly Day or Goddess Day. No matter the official name, shoppers are flocking to the discounts. In fact, China’s 2017 Women’s Day brought in around 4.5 billion U.S. dollars in sales.

Once in a while, retailers make the move to energize shoppers with an all-new shopping day. French Days is one of the most recent examples of this, and its story seems to reflect what is happening in retail as a whole.
The shopping holiday was announced as a collaboration between several major merchants and has grown to include players like ASOS, Carrefour, Amazon, and others, with the sole purpose of driving sales within France. It was also intended as a France-specific alternative to the already massively popular Black Friday. French Days is still very new and is far from reaching Black Friday-level revenue, but it has caused a clear uptick in sales both online and offline. This new shopping day is sure to not only continue to grow but also mark a rise in country-specific shopping days.

Ramadan is a huge shopping opportunity spanning numerous countries, with a huge number of sales happening on the final day, Eid al-Fitr. Some are even calling this “the next Black Friday.” The massive amount of possible shoppers and revenue has led to a number of studies and best practices surrounding the month, including heavy focus on mobile and late-night ads. No matter what you sell, there are several chances throughout the entire month-long holiday.
Mobile sales are a key revenue driver during this time. Criteo found that sales completed on mobile increased 26% in Southeast Asia in the week leading up to Ramadan alone. Other statistics for mobile spending during Ramadan are even higher, and sales will continue to a 57% increase by Eid al-Fitr, the day which marks the end of the holiday month.

Amazon founded their own unique shopping day, Prime Day, as a way to drive sales and interest within their own marketplace. This year, the holiday fell on July 16 in 2018 and drove an estimated 4.19 billion U.S. dollars in sales. That number has continued to grow year upon year as the shopping day picks up speed.
The holiday isn’t just for the US, of course. Instead, it is now expanded to include 17 countries around the globe. While the day is known primarily for driving Amazon-branded products and pushing Amazon Prime sign-ups, hundreds of thousand of third party products are also sold.

Much like Women’s Day, this popular celebration has slowly transformed with the rise of ecommerce. Children’s day falls on different days depending on the country. For example, June 1st in China, September 20th in Germany, or October 12th in Brazil. On these days, parents and grandparents, aunts and uncles and others focus on children, often in the form of shopping and gift giving. Today, Children’s Day is one of the top shopping events for families.
Alibaba reported sales of around 1 billion U.S. dollars related to Children’s Day, but they’re not the only country with an uptick in sales. No matter in which country you advertise and sell, Children’s Day is a unique opportunity. Be sure to identify the best markets and be prepared to launch campaigns at the right time.

The Hindu festival of lights is easily one of the biggest revenue drivers for India’s brick-and-mortar retailers. The holiday often falls in late October to early November and has changed drastically for retailers in recent years. Each year, the holiday seems to generate less offline revenue. Ecommerce, however, is booming during Diwali.
While many other shopping days are making the slow shift to online, Diwali has already transformed. In fact, Amazon and India’s Flipkart were expected to generate up to 3 billion U.S. dollars in the 2018 seasons. This is double the amount from 2017.

Singles’ Day is a huge revenue driver in China, where it drives billions upon billions of dollars worth of sales in a 24 hour period. In China, the holiday, which falls on 11/11, is more popular than even Black Friday.
Alibaba drove a massive 30.8 billion U.S. dollars in sales over Singles’ Day 2018. This is a huge difference from the 5 billion U.S. dollars worth of revenue driven by Black Friday in the whole of China in 2017. The event is also spreading steadily through Southeast Asia and even into Europe. Germany, the UK, and other countries are quickly jumping onboard with the singles-oriented holiday. In many ways, Singles’ Day is already eclipsing popular holidays like Black Friday.

Black Friday may be traditionally known as the day for offline shopping, but that is quickly changing. Black Friday, the day after American Thanksgiving, was created to drive brick-and-mortar sales. Over time, Cyber Monday followed in an effort to drive online sales after Thanksgiving day. Not surprisingly, both holidays have become completely intertwined and now make up one week-long shopping extravaganza around the globe.
It was predicted that Cyber Monday sales, alone, would reach 5.8 billion U.S. dollars in 2018. More importantly, sales have been rising around the globe. Spain, South Africa, the UK, and many other countries see a large increase in sales over the shopping week. Furthermore, the number of customers that shop both online and in-store is much larger than the number of those that shop only on one channel or the other.

El Buen Fin was created as a shopping event that takes place right before the celebration of the Mexican Revolution on November 20th. This shopping day takes place both in-stores and online and has been growing steadily since its creation in 2011. Online retail in 2017 generated some 120 million U.S. dollars worth of sales. That’s up from just 85 million the previous year.

Boxing Day is one of the single biggest shopping days for commonwealth nations. Celebrated on December 26th, Boxing Day always draws a crowd and drives sales of all kinds of products. Perhaps more than any other shopping day on this list, Boxing Day has taken a huge turn towards online shopping. Predictions of online sales continue to rise while foot fall decreases.
It was anticipated that 2017 would see over 200 million retail website visits in the UK, with sales reaching 1 billion pounds. This is compared with the fact that footfall reportedly dropped about 4.5% in 2017, while online sales increased by 5%. Not only is boxing day continuing to hold strong as a global shopping day, it’s clearly gaining traction as a major opportunity. 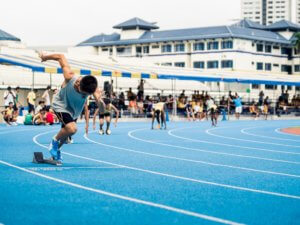 Ensure your product data is agile and ready

In order to make the most of these ecommerce opportunities, your marketing team will have quite a few hoops to jump through. You’ll need to be sure your products are listed on the most relevant channels. The product data feed should also be adapted to fit the unique requirements of each channel. This includes all kinds of cultural and economic details, from language and currency to keywords and images.
Finally, you’ll want to be sure you have complete control over your data and that it is thoroughly cleansed. Being able to quickly adapt and optimize will enable you to get on more channels and make changes that drive sales.

Ready to get selling?

Chances are, you don’t just want to advertise for one holiday. You also won’t want to list on just one channel. Whether it’s Amazon or Tesco, Black Friday or Ramadan, you’ll want to get your products in front of as many relevant shoppers as possible.
Productsup makes it easy to prepare your product data feed for any channel. Use our templates to ensure you meet all the basic requirements and let our numerous tools ensure your feed is completely optimized for a perfect customer experience.

These may also interest you