It’s no secret that a successful Facebook advertising campaign depends heavily on the initial setup of your ad targeting within the Facebook platform. While the social network is well-known for being one of the most effective remarketing platforms, what is perhaps acknowledged less is its strength in targeting new leads.

To get started, the platform itself offers a variety of useful manual targeting parameters for advertisers to utilize for targeting new leads. For example, location, demographic, interests, and behavior are among the options from which marketers can select from when creating a target audience.

Custom audiences have proven very popular since their introduction. They allow advertisers to upload selections of their own customer databases, such as customer email addresses, which Facebook will use to find similar profiles to target with ads. One specific form of custom audience that focuses on targeting new customers is Facebook Lookalike Audiences. Since its introduction in 2013, Lookalike Audiences has proven to be one of the most effective ways to target new customers with relevant content on the social network.

A Facebook Lookalike Audience is a way to target new customers who are highly relevant to your business due to their similarities to your existing customers.

You’ll start by uploading a source audience in Facebook Ads Manager (more on this shortly), which will then trigger Facebook to launch an algorithm that scans the group. The algorithm looks at the data available for all the individuals who comprise the source audience, with the aim being to finding matching individuals based on the information gathered from the scan. Facebook will then search its network and build a Lookalike Audience (containing similar users to the source audience, but importantly ones that haven’t visited your site before) consisting of new customers who can then be served ads on the platform.

The idea behind the format is that these new customers who are deemed similar to your existing customers should be much more likely to take positive actions, such as converting. Facebook claims that by targeting these lookalike users, marketers should see higher CTR and conversion rates compared to more standard and less targeted marketing efforts.

Essentially, Lookalike Audience is a customer acquisition tool that enables marketers to target highly relevant leads. But, it’s highly refined. By defining customer groups for Facebook to use as a prototype of the ideal customer, marketers can increase the granularity of their targeting.

For example, you could upload a seed audience of users that have converted in a particular country, allowing you to target potential new customers within that country specifically. Facebook will then provide a lookalike consisting only of users similar to those residing in the target country and who have already purchased from your ecommerce store.

How to create a Lookalike Audience 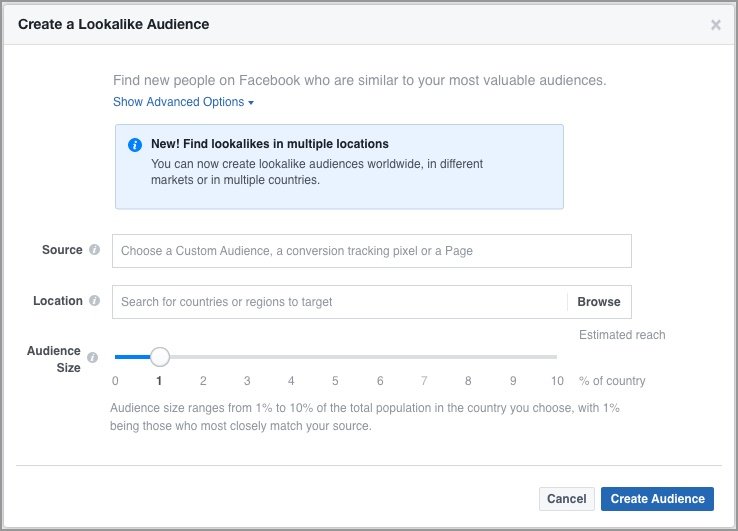 Once you’ve decided on your source audience and it’s been uploaded into your Ads Manager center, you’re ready to create a Lookalike Audience.

It can take up to 24 hours for the Lookalike Audience to be created. Once it’s available, you can choose to target this lookalike with your next ad campaign. The Lookalike Audience will refresh every 3-7 days, as long as you are still using it as an advertising target.

3 tips to get qualified Lookalike Audiences

Lookalike Audience largely automates the process of new customer targeting and acquisition on Facebook for you. That said, while the amount of manual segmentation and targeting is vastly reduced, there are still some aspects of the function that you’re free to play around with, which can greatly affect the results you see:

Lookalike Audiences are a great example of Facebook’s advertising capabilities when it comes to new lead targeting. Of course, after you’ve set up Lookalike Audiences, you’ll need to set up the ads you plan on targeting them with.

We hope you enjoyed the read. 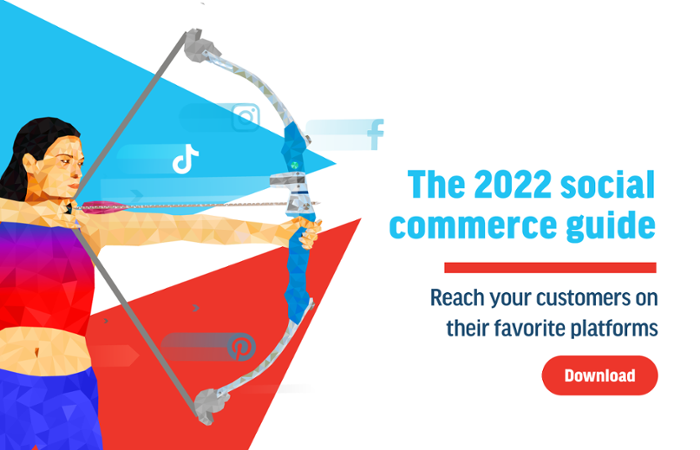